[Posted on behalf of Doug Edworthy] 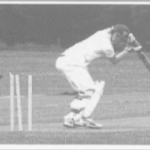 Families and Friends are invited to play 6-a-side or take part in some Clock Golf — but don’t miss out on the ‘phenomenal’ cricket tea! (Cakes and sandwiches are most welcome).

Remember a chilled white to add a little something to the proceedings.
Contact….Douglas Sewell (01435 830304)

7pm for lighting the beacon at 7.30pm

Once again the beacon will be lit come what may!

(Posted on behalf of David Wilson)

At 7pm on November 11th, Dallington villagers gathered at the Sugar Loaf Field for the lighting of the beacon to commemorate the 100th anniversary of the Armistice that ended the Great War.

(Earlier in the day, a Service of Remembrance had been held at St Giles Church, with children placing crosses for each of the Dallington villagers who had died in the war.)

It was a mild dry night with little cloud and a setting crescent moon, allowing the stars and constellations to be seen just as they would have been on the 11th November 1918.

We stood around our beacon which soon gave a good display of flames and sparks and we reflected on the sacrifices of so many men and women both military and civilian on all sides during that conflict.

Other beacons and bonfires could be seen in the distance including Punnett’s Town, Burwash and Firle Beacon. Aircraft overhead would have seen many more as this was a national display of commemoration.

It was supposed to be a war to end all war but sadly this was not to be.

Hopefully on November 11th 2118 when Dallington villagers gather round the now ancient beacon to commemorate the 200th anniversary of World War 1 armistice, they will be living in a peaceful world where all differences are resolved by discussion and compromise; and they will look back with incredulity on the folly of our times! 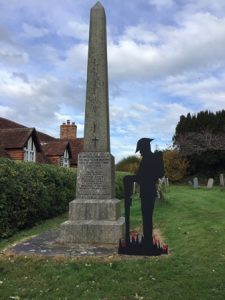 (Posted on behalf of Diana Day)

“We were not able to get a Royal British Legion Tommy, so John Day made one for us all.”

Heartfelt thanks to John, and a reminder that the Remembrance Day Service will take place tomorrow Sunday 11th November starting at 10.50 am by the war memorial in the churchyard, with the service starting at 11am. The Dallington Beacon at the Sugar Loaf Field will also be lit tomorrow evening at 7pm. More information here

The Dallington Beacon will be lit at the Sugar Loaf Field at 7 pm on Remembrance Sunday 11th November. More information here

Flower Club will next meet on November 1st at 2pm in The Old School Village Hall. The subject will be ‘Autumn Glory’. All are invited to a very pleasant afternoon.

Library Cafe Every Monday 2-4 in The Old School Village Hall. All welcome

Dallington WI. Our next meeting will be on Thursday, November 15th at 2pm. This will be the Annual Meeting at which the officers and committee will be appointed. Another year gone! There is already a full programme of events and speakers planned for the year ahead. Visitors are always very welcome. 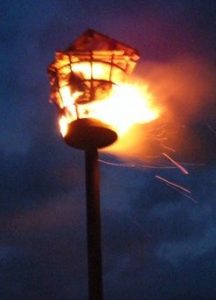 Dallington will be lighting our beacon at the Sugar Loaf field on Remembrance Sunday 11th November at 7pm.

Please join us for this poignant moment of history. This is intended to “symbolise the light of hope that emerged from the darkness of war”.